San Francisco – California sold out of the first pollution permits issued as part of a landmark offensive against greenhouse gases at an inaugural auction that regulators said went smoothly.

The effort to curtail carbon emissions involved the sale of 23.1 million permits – each allowing for the release of one ton of carbon – for $10.09 apiece, the California Air Resources Board said.

The permit sales last week opened the largest carbon marketplace in the nation and the second-biggest in the world after the European Union. The California air board will hold four such auctions a year.

“By putting a price on carbon, we know we are beginning the process of breaking our dependence on fossil fuels,” Mary Nichols, board chair, said during a conference call with reporters.

The board would not divulge specific figures on how many permits were bought by individual polluters covered under newly instituted caps on carbon emissions. The board does not comment on bidding activity to protect each polluter’s strategy regarding use of the carbon market, Nichols said.

However, a sampling of companies that are covered include utilities such as Pacific Gas&Electric, petroleum refiners such as Phillips 66 and even food processing companies such as Saputo Cheese USA.

The permits are part of California’s so-called “cap-and-trade” programme – a central piece of the state’s 2006 global warming regulations seeking to dramatically reduce emissions of heat-trapping gases.

Businesses are required to either cut emissions to cap levels annually, or buy pollution permits called “allowances” from other companies for each extra ton of emissions discharged annually.

The cap and number of allowances will decline over time in an effort to reduce greenhouse gas emissions year-by-year.

The final price for 2013 allowances was just nine cents above the $10 minimum price set by regulators.

“The fact that the prices are clearing a little above the reserve is a good sign that people’s fears about out of control costs for cleanup are not justified by the way the market actually worked,” Nichols said.

About 97% of the allowances were bought by companies regulated under the programme, and another 3% was bought by financial traders for later sale.

Nearly 40 million permits for 2015 – a year when cap-and-trade widens to include more entities – were also sold in the first auction. About 5.5 million of those allowances were auctioned for $10 each. 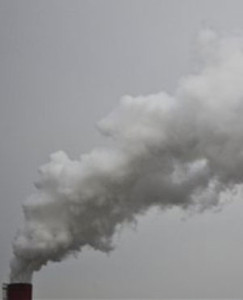 Petroleum refiners, manufacturing companies and other industries have been outspoken opponents of the programme, calling it an illegal tax that will hurt California’s economic recovery.

The California Chamber of Commerce has filed a lawsuit seeking to invalidate the programme, arguing the board does not have the legal authority to collect money for the state.

Some of the money collected by the state will be returned to residential utility ratepayers to help offset an expected rise in their bills due to cap and trade. Other portions of the funds will go to energy efficiency and other projects in low-income neighbourhoods.