Cape Town – The department of fisheries’ decision not to cut the West Coast rock lobster quota placed both the species and livelihoods at risk, the DA warned on Monday. 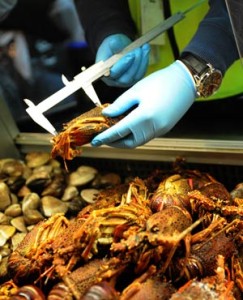 “The fisheries department has reportedly ignored scientific recommendations for a 9.7% cut in the fishing quota for West Coast rock lobster, placing the existence of the species and the livelihoods of South Africans under threat,” he said.

According to media reports, the department’s decision to overrule its own scientists’ recommendations is unprecedented.

The department has said that scientific advice is only one of the factors it took into account when deciding not to cut the quota from last year’s 2425 tons to 2276 tons this year.

It reportedly cited other considerations, including economics and job creation.

Van Dalen said given that West Coast rock lobster stocks were currently at three percent of the levels they were in the early 1900s, “the… decision could jeopardise the very survival of the species and thus undermine the sustainability of any economic activity relating to the resource”.

If the minister had reasonable grounds to ignore scientific advice, she should explain these to fisheries stakeholders, he said.