Jakarta – An environmentalist said three endangered Sumatran elephants have been found dead on Indonesia’s Sumatra island, apparently the latest in a string of elephants to be poisoned.

National park official Kupin Simbolon said on Monday that they found the bodies of three female elephants on Sunday on the edge Tesso Nilo park in Riau province. 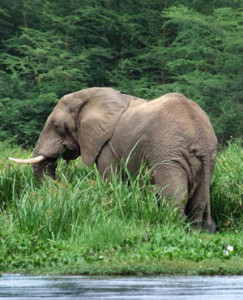 It brought the number of the Sumatran elephants found dead in Riau to 11 since March. Five others were found poisoned in Sumatra’s Aceh province since April.

The poisonings could be accidental as farmers use pesticides to protect their crops on the island.

Fewer than 3 000 Sumatran elephants are left in the wild. Environmentalists say they could be extinct within three decades unless they are protected.